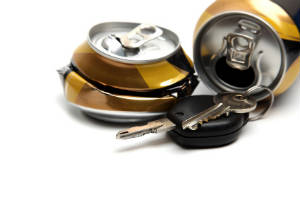 It may seem like the cards are stacked against you when you are charged with a DUI. However, there are many defenses that can and do work to successfully defend DUI charges. The following is a short summary of just a snippet of these defenses. Remember, every case is different and this is not an exhaustive list.

Defendant Was Pulled Over and/or Arrested Illegally

Under the Fourth Amendment of the United States Constitution, citizens are protected from unreasonable searches and seizures by the government. This means a police officer must have “reasonable suspicion” that a law has been violated before he or she can stop a driver. It also means that police must have “probable cause” to believe a law has been violated before they can arrest someone for DUI. We will hear your side of the story, review all the evidence, and pursue this defense to the fullest if the police did not perform his or her job correctly.

Defendant Was Not Driving

Many times people are arrested after the vehicle has come to rest. This can happen after an accident or when the driver has already parked the car. Often times the government does not have sufficient evidence to prove that the defendant was driving, but they file the case anyway. If this has happened to you, you may have a great defense to your DUI charge. Remember, you have a Fifth Amendment right to remain silent. Do not make any admissions to the police or prosecutors during your case that would hurt this defense. Call us immediately for advice on how to pursue this defense.

Defendant Had a Rising BAC

On every case, even non-DUI cases, we attack the elements of the offense. It is the prosecution’s burden to prove each element beyond a reasonable doubt. Should they not do that at trial, we will vehemently argue to the jury that the case was not proven.

Necessity is defined as follows. The defendant is not guilty of DUI if he or she acted because of legal necessity. In order to establish this defense, the defendant must prove that

We used this defense in a case where the client told us he was forced to drive at gunpoint. We subpoenaed the video tapes of the gas station where it occurred. When we received the evidence, defendant’s story was confirmed by the video tape and the prosecution dismissed the case before the trial.

Even though these two defenses are related, they are two separate defenses. We may be able to apply one, the other, or both at the same time.

Often times, the machines used in these chemical tests are not calibrated correctly or have other problems that sheds doubt on whether they are in proper working order. We will gather the facts and evidence to attack the validity of the chemical tests at trial.

Arresting Officer did not Administer the Field Sobriety Tests Correctly

Police officers have to administer the Field Sobriety Tests (FSTs) correctly or they are in serious doubt as to whether they show intoxication. WE HAVE READ THE POLICE OFFICER’S TRAINING MANUALS ON FSTS. This means we are working with the same set of instructions they are. We can use this when cross-examining the officer to point out all the mistakes they made while administering the FSTs. This is a great way to argue that the jury should return a verdict of “Not Guilty.”

Chemical tests in DUI cases must comply with Title 17 of the California Code of Regulations.  The reason Title 17 is so important is because failure to comply with its terms could result in inaccurately high BAC test results.

Some common Title 17 violations for a Blood Tests are

Some common Title 17 violations for Breath Tests are

Successfully defending a misdemeanor case may include the following procedures:

Some of the strategies we employ may include the following:

If you are charged with a Traffic Misdemeanor or DUI, hire California’s best traffic law firm. We can help you get a great result on your case. To learn more about our procedures and how we can represent you, call the California Ticket King at 877-985-0002 or email our attorneys at info@caticketking.com.

We Go To Court For You!

Hiring an attorney to defend your traffic ticket may mean the difference between a conviction and a dismissal. With high fines, DMV points and your license at stake, you need an experienced traffic law firm to handle it. Our traffic attorneys are the best in the business because:

We know the law and procedure that govern traffic law and traffic courts. We use the knowledge we've gained to get an advantage in court. Knowing the right legal maneuvers may mean the difference between a conviction and a dismissal.

We go to court for you

Under Penal Code 977 we can make all your court appearances without you having to be present. In most cases, you will never have to go to court. We appear on your behalf and represent you to the fullest extent of the law.

Hiring an attorney doesn't have to be expensive. Our fees are reasonable because we have designed our business to be efficient. Many clients actually save money because they have hired our law firm.