How Do You Reinstate a Driver’s License?

Under provisions of a “written promise to appear” the government can suspend your license for promising to appear (in court) and then not keeping that promise. When you are pulled over by an officer and issued a ticket you are required to sign it. Typically the San Diego Officer states something to the effect of “Signing this document does not admit guilt, only that you will handle it.” Oftentimes s/he will even go a little further and tell you how to “just pay it.” You sign it and are on you way.

What you signed was a “written promise to appear”, a contract of sorts – only with criminal penalties. You gave up your right to “immediately be taken in front of a judge” and have instead opted to take care of it later, on your time. The only problem is you must remember to take care of it.

The ticket states the date you are required to “respond by” (defined as plea guilty, pay the fine or plea not guilty and fight it) on the lower half of the ticket.

When you don’t take care of it, you’re in “breach” of your obligation and the penalties of a civil assessment, license suspension and, possibly a warrant, spring into action.

The civil assessment you agreed to when you signed the ticket and the suspension and possible warrant are unilaterally executed by the government.

What Can California Ticket King Do?

We are attorneys and can make the appearance. Once an appearance is made, the legal (warrant and suspended license) ramifications are removed. What about registering your car, why can I do that? In a classic asymmetrical application of law from our government, they will take your money for registration fees, but when it comes to the benefit part, they will still suspend your license. I still have my license, can I still drive? You may still have physical possession of your license, but you’ve been sent a letter from the DMV or been told that its suspended. 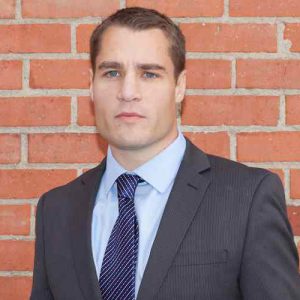 Hiring an attorney to defend your traffic ticket may mean the difference between a conviction and a dismissal. With high fines, DMV points and your license at stake, you need an expert traffic attorney to handle it. Our traffic defense attorneys are the best in the business because: